1.4: the hug a deer update (a bunch of fixes & improvements) 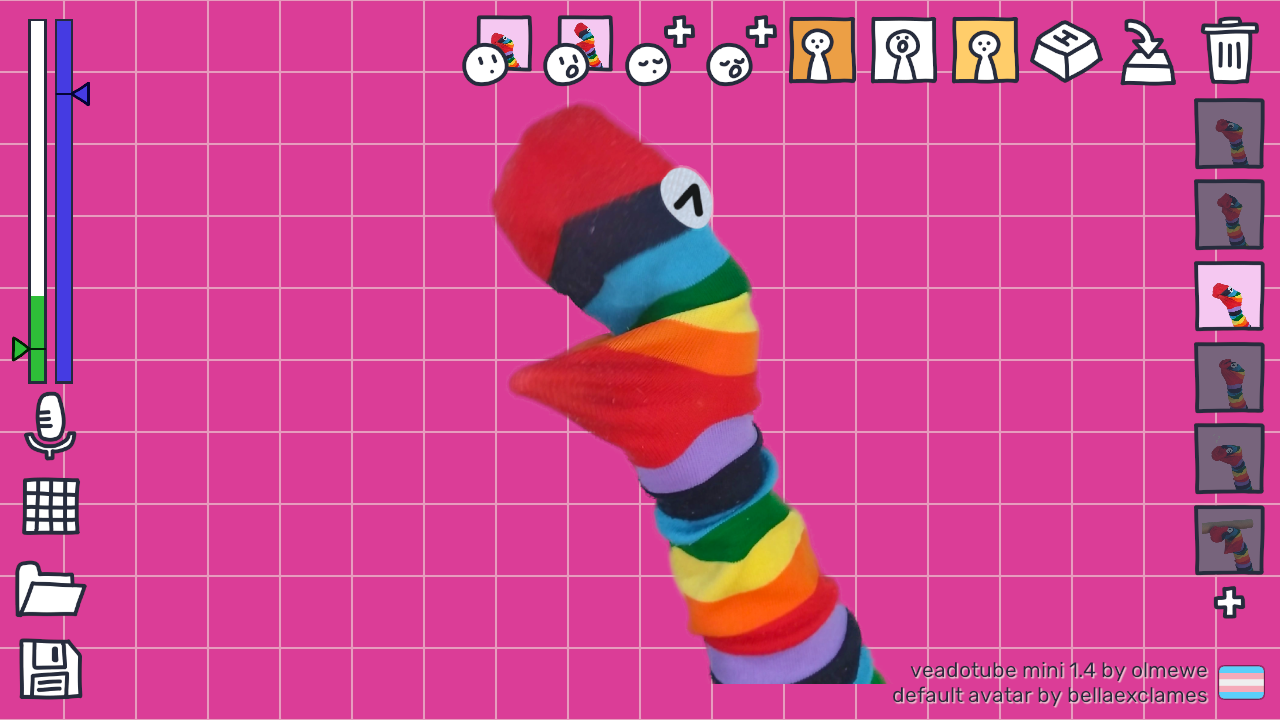 it's been a while since we last saw each other in here, as i was focusing on the full version for a while. but as i'm taking a break from it i thought it was time to take a bunch of the code improvements that were made in that version and put them in mini and add a few nice touches :]

so this one is not huge feature-wise, save for the new display settings menu, which you can access through the button that was previously only used to change the background colour. it includes a few new things you can do:

now for the behind-the-scenes fixes and improvements:

if you're on windows, you might also notice the window title shows the time the app opened; this may help people trying to stream multiple instances of veado mini :]

if you follow me elsewhere, you probably heard that i had to close my patreon! i realised the way i work doesn't fit the monthly subscription model where i'm expected to show how things are progressing, because i simply don't work steady like that.

what that means is that i'm still working on it, just not in the way i was before! i'm just, casually doing some explorations and taking my time and redesigning things. this means things should take longer on that side, but that i'm a lot more comfortable doing side things like keeping mini up to date, keeping in touch with the community, and so on.

what that also means is that now i have absolutely no stable income apart from veadotube mini donations! yay! if you like the project and what i'm doing, please do consider tipping me, be it in here or through ko-fi. it'll help like a lot.

also thank you to everyone who supported my patreon! it was a nice experiment and it's sad it didn't work out for me, but you guys were great and supportive all the time.

on another note, i redesigned the website recently! it's a lot simpler and casual to reflect the fact that it's just a little personal project of mine, but also, it has a brand new help page, with tutorials and all that! that's an effort to keep all the support info in an easy-to-index page, so people can maybe actually google for help instead of having to join a discord server for that.

i think that's it for now. take care, be safe, and see you soon-ish :]

Hey! Absolutely love the program and recommended it to many people who've also loved it!

Just wondering if it's possible to get it to work with Stream Deck somehow? Currently I have to tab to the program to change to the different avatars that I've got. Being able to do that with the stream deck or just in OBS would be fantastic (or if you can, can someone please help me figure out what Im doing wrong?)

Features I would love to have:

Noise level activation, would love to have the ability to change my avatar to screaming when the voice gets loud^^

Thanks for the awesome software!!

Seconding the noise level thing, that would be verr nice :)

Hi, I'm having trouble with setting a hotkey to a state, everytime I do it, it crashes.
May I please have advice on what to do?

Hey I wanted to say I REALLY love this software! I use it in all my streams and I donated a few bucks via Itch when I got it a while back. Really looking forward to the full version ill be backing it all the way!

My girlfriend uses this software religiously with her videos-- the update is much appreciated. Please keep up the fantastic work!

Love your work. Thanks for the update.